3 Things Every Brand Should Be Doing on TikTok 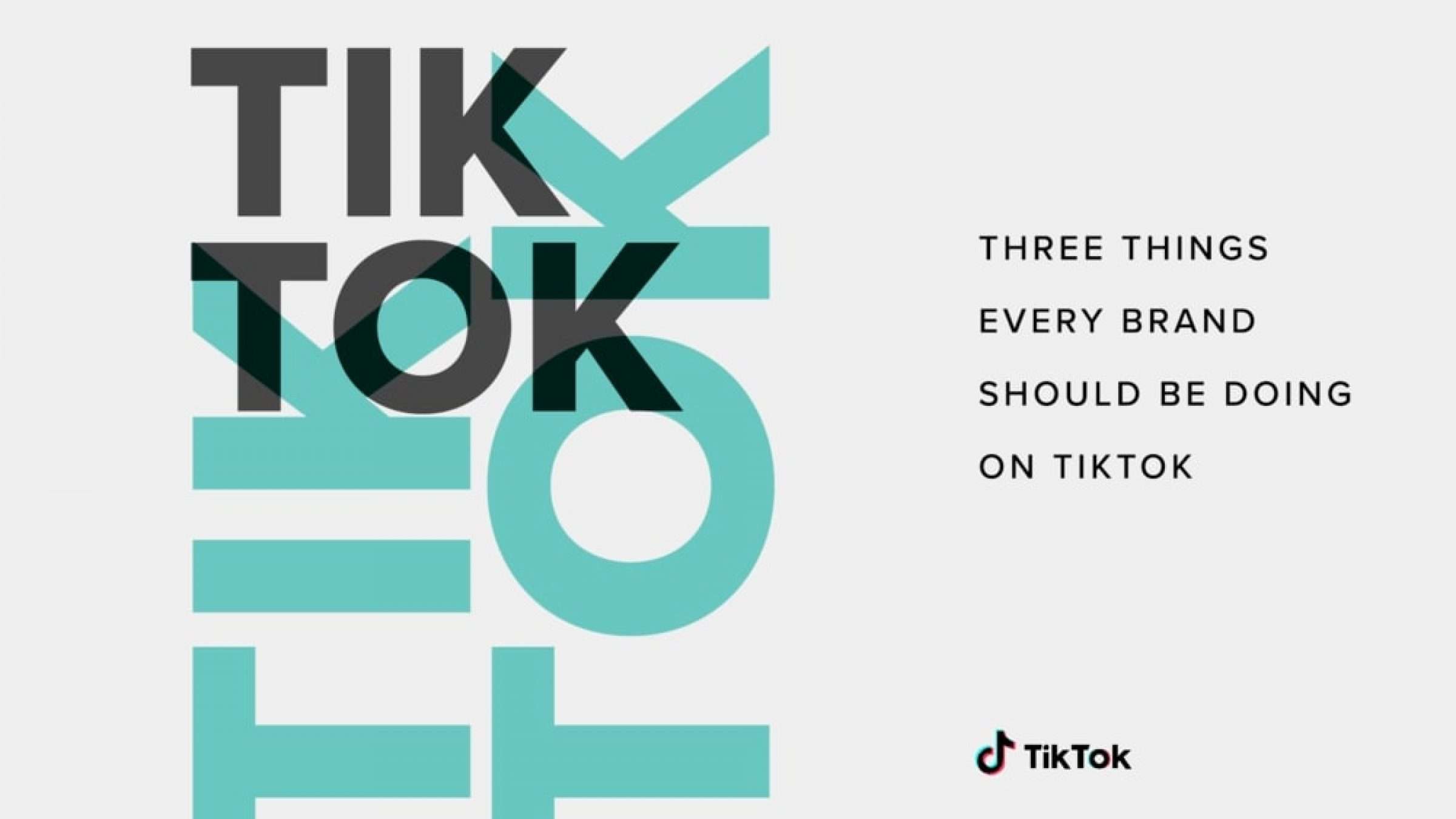 By now we all know TikTok isn’t just an app for Gen-Z. It’s quickly become one of the most influential — and recently newsworthy — social platforms and for good reason. While content on platforms like Instagram tends to be much more polished, TikTok is a place where brands can be more outgoing and try new things. It’s a casual space to engage with audiences in an authentic and off the cuff manner.

With TikTok surpassing over 2 billion downloads in April 2020, the app has never been more influential. Instagram even launched their Reels feature in August 2020 in the US to compete with TikTok’s short video format. If you haven’t already, now’s the time to really hone in on your brand’s TikTok strategy. See below for three things we think every brand should be doing on TikTok. 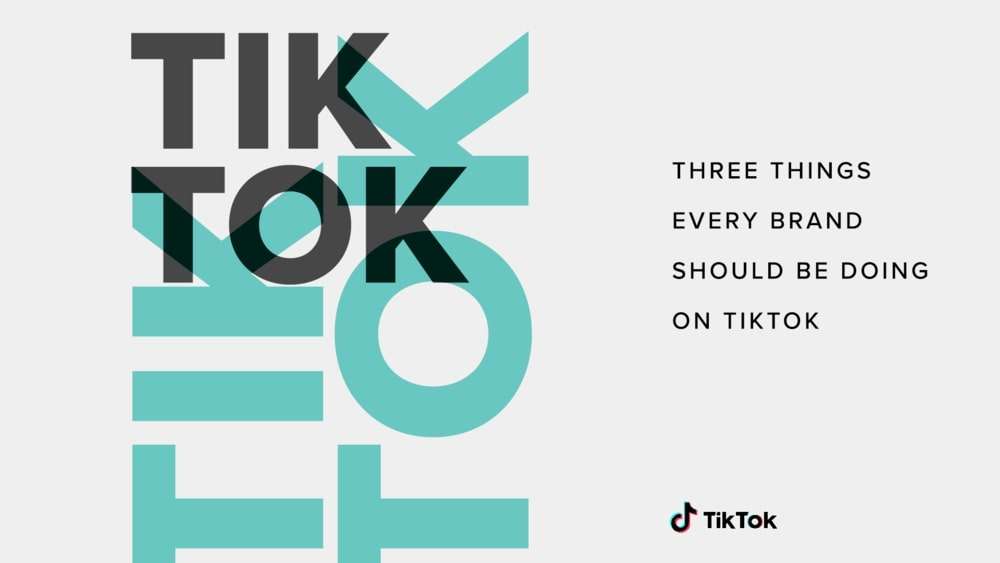 Chipotle has made a name for itself as one of the most successful brands on TikTok. One of the ways they’ve managed to do so is by staying top of the conversation happening around their brand on the app. When @chipotle posted a video sharing their rice recipe, one user commented “pls bring carne asada back” which prompted this carne asada video that garnered 2.2 million plays.

When Nexflix came out with a new documentary series, Down to Earth with host Zac Efron, the streaming company made a subtle yet smart interaction. @netflix posted a clip from the show to their TikTok account and in the comments tagged @ladyefron — an extremely popular creator on TikTok known for her love of Zac. This prompted a response video from Lady Efron which earned 1.2 million views.

Making meaningful interactions like the two mentioned above are key to your brand’s success on the app. Roughly 50 percent of TikTok’s users are under the age of 34, putting a large portion of the overall audience in the millennial and Gen-Z age groups. We know these demographics don’t respond well to direct advertising and can sense when a brand is trying too hard to get their attention. Creating meaningful interactions with users on TikTok is the perfect way to be a part of the conversation and organically boost your brand.

TikTok is known for its creator culture and there are ways for brands to smartly partner with influencers on the app. Take a look at Lush Beauty’s account @lush. The cosmetics company partners with influencers to create videos using their products that Lush then posts to their own account. This is a great way to work with creators while generating content for your brand’s feed.

We all know Lil Wayne is an avid Green Bay Packers fan, so when they welcomed their new QB, Jordan Love, to the team Lil Wayne made a guest appearance on @packers TikTok account. He filmed a video of himself congratulating Love saying “can’t wait to see you in green and yellow” that the Packers posted to their feed.

Crocs, known for their partnerships with everyone from Balenciaga to KFC, recently released a video on their TikTok account, @crocs, announcing a collaboration with Justin Bieber. In the video Bieber teases viewers with a Crock shaped cake showing off the design of his shoes. After the announcement Crocs’ stock jumped 13 percent and the shoes sold out in less than 90 minutes online.

These executions worked well because the brands partnered with influencers who make sense for their demographic. Followers of Lush Beauty want to see tutorials from influencers who they already follow and trust or who are showing them new ways to use Lush products. Green Bay’s audience knows Lil Wayne is a huge fan so seeing the star welcome the team’s new QB adds an extra level of excitement. Pulling in an A-list celebrity like Bieber to announce his new shoe release increased credibility for Crocs, and drew new viewers to their account. These partnerships make sense because they align with the companies’ and team’s brands. It’s key to make sure any partnership you pursue aligns with your brand and adds value for your audience.

2. Stay on Top of Trends

Trends on TikTok can instantly go viral and it’s important to embrace the ones that make sense for your brand. While Instagram’s content tends to be more evergreen, TikTok is all about embracing the trend of the moment in silly and casual ways. It’s okay and even welcomed to make fun of yourself on TikTok, audiences want to see the human side of brands and don’t like content that feels stiff or like an advertisement. They want to get to know the real side of your brand and the people behind it.

There’s no better example of this than the recent viral video from creator Nathan Apodaca known as @420doggface208 on TikTok. He filmed a video of himself skateboarding drinking Ocean Spray juice while grooving to Fleetwood Mac’s “Dreams” on his way to work. The video instantly went viral and inspired countless imitations from the band’s Mick Fleetwood and Stevie Nicks to Ocean Spray CEO Tom Hayes and countless others. Apodaca’s original video now has over 51.5 million views. When Ocean Spray learned he was skateboarding to work because his truck had recently broken down, the company purchased a new truck for Apodaca filled with his favorite juice.

The story doesn’t end there though, TikTok turned this feel-good viral video into a 15 second commercial played during the NBA finals and MLB playoffs just two weeks after the trend began. The commercial is part of the company’s overall campaign “it starts on TikTok” and features the original video and several copycats. Ocean Spray juices sold out across the country and Fleetwood Mac reported its best week ever on streaming. The band’s 1977 album Rumors returned to the Billboard 200 Top 10 list thanks to new-found popularity on the app. This light-hearted video trend demonstrates TikTok’s ability to effect real world change and action when trends go viral.

Ocean Spray wasn’t active on TikTok prior to Apodaca’s video though their account already has 17.4K followers and their CEO Tom Hayes, who also did not have an account prior to the video, now has over 50K followers on the app. This perfectly demonstrates how a brand can interact with a trend — especially when it centers on the brand.

You don’t want to participate in every trend that’s out there, but choose the one that makes sense for your brand and @chicagobears does just that. The Bears participated in the popular “wipe it down” TikTok trend by posting a video showing a fan in different Bears apparel each clip. It’s important to embrace trends when you can align them with your brand as they allow you to diversify your following and reach new audiences.

While there are countless ways to get involved on Tiktok and the app is known for its playful and unpolished feel, it’s important to have a strategy in place for your brand’s presence on the app. Make sure you’re creating meaningful interactions with other accounts and creators, stay on top of trends and participate when you can make it relevant for your brand and focus on key partnerships that can grow your brand in an organic way.

STN Digital is an expert at launching brands and building highly engaged audiences. If you’re interested in learning more about how STN can help you, send us an email at info@stndigital.com or fill out the form below.