From pre-premiere to weeks after the show ended, STN Digital partnered with Warner Bros. Discovery to promote the return of the fan-favorite obstacle show Wipeout through a social media management strategy. We helped grow the show’s social following, generate awareness, and drive viewership throughout the season.

How we helped grow the fan base through social media management:

Our team managed weekly live coverage, engaged with fans across platforms, and posted custom content. We hosted a virtual watch party on Twitter, working directly with host John Cena to further increase viewership and fan excitement. STN produced all elements of the fan-driven event from the run-of-show, to social lead up, and promotion. These efforts lead to 2.7M engagements on Twitter. 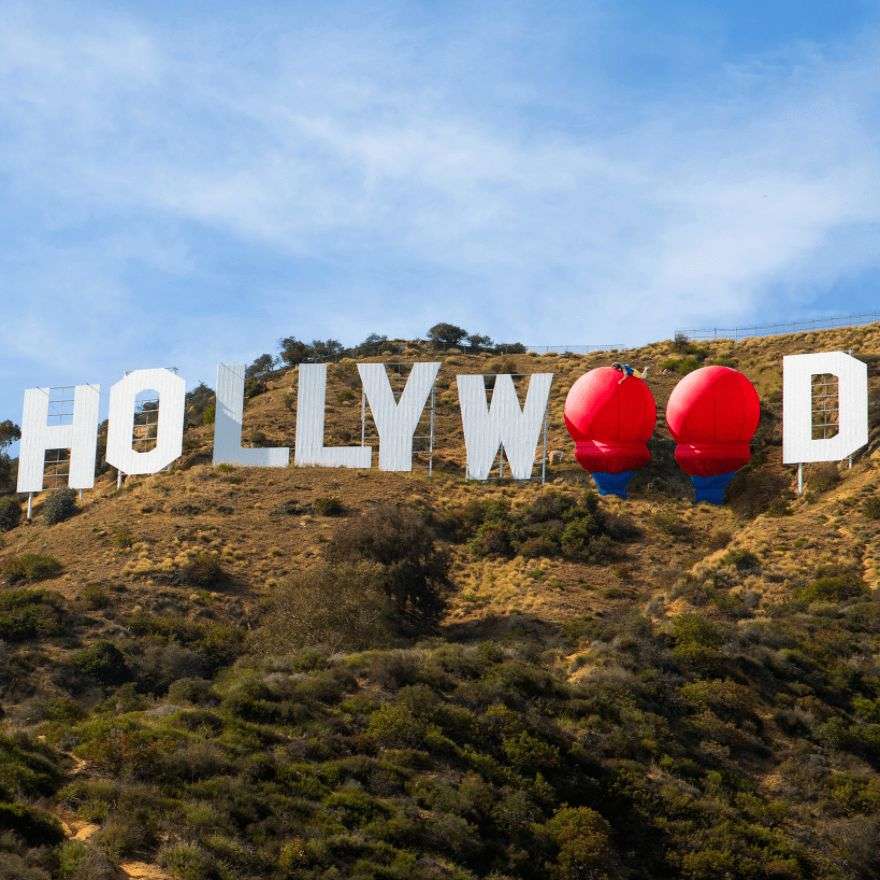 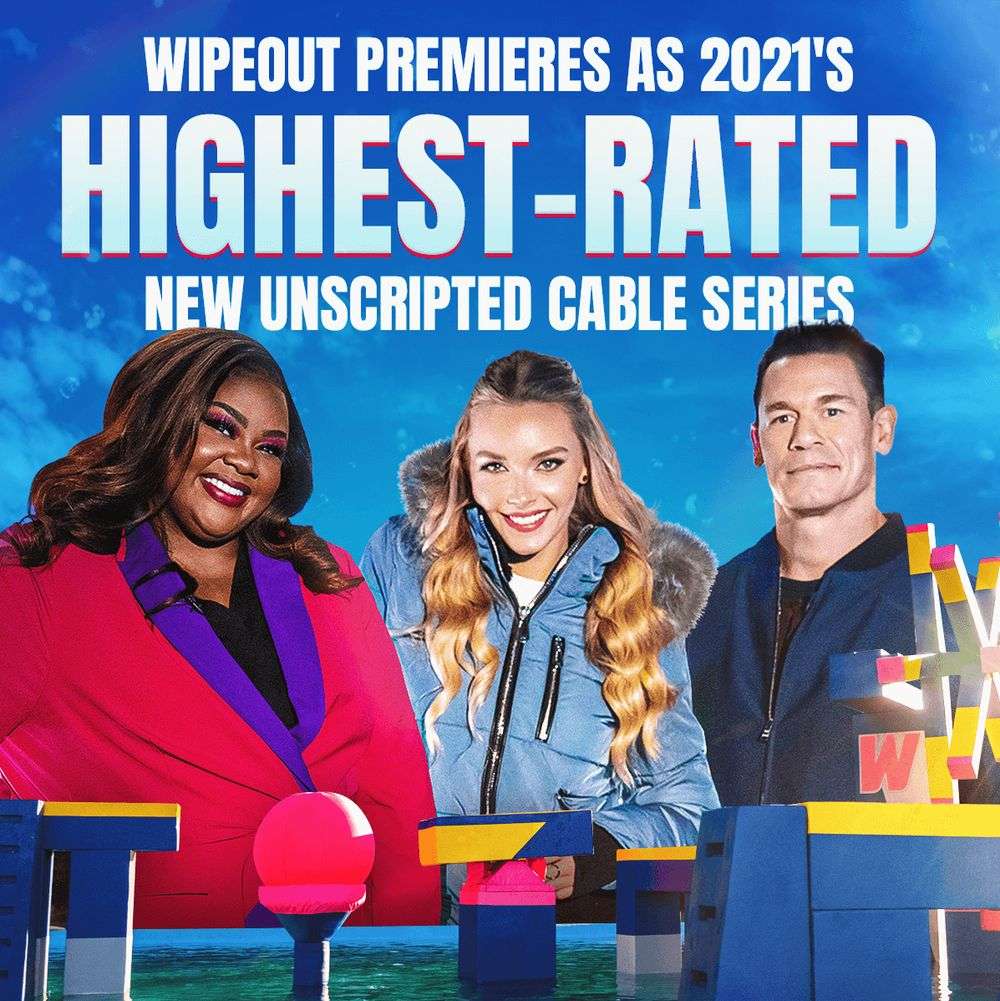 Throughout season 1, we showcased the funny moments and witty banter between the hosts, John Cena, Camille Kostek, and Nicole Byer by creating head swaps, photo manipulations, and augmented highlights. We also created TikTok videos that spliced together moments from the show, including one that went viral garnering 20M views.

To further drive engagement and viewership, the STN team developed custom premiere and finale stunts on social. On premiere day, we asked fans on social media to send in selfies and created custom head swaps with contestants so they could see themselves on the course.

As a finale stunt, fans sent in their birthdays to get a creative “Wipeout Fortune” that told them show-themed scenarios like, “You started celebrating a little too prematurely at the Wallop Wall… a surprise punch sends you flying.” 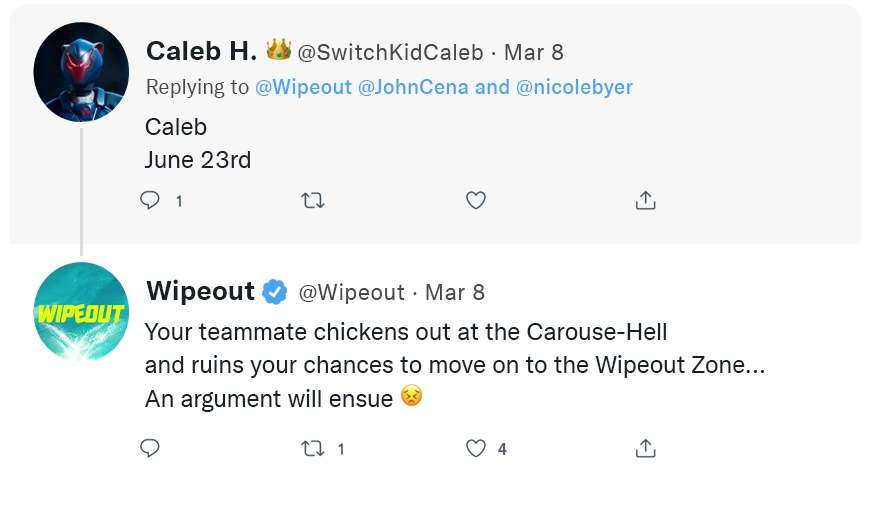 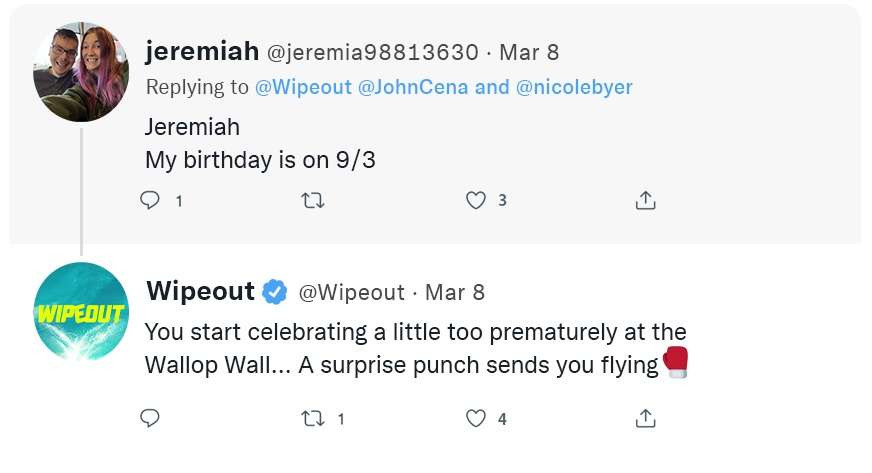 During the season, the team at STN created more than 1K pieces of content that generated over 3.4M engagements, and more than 718K followers across channels. STN took Wipeout’s TikTok to the next level by doubling the account’s followers and reaching over 20M views on a single video. During live coverage there were over 3.8 million impressions on Twitter over the course of 20 episodes.

“Thank you all for another successful season!! You guys always step up when we need the best team on shows and you’ve made it tremendously easy for me to jump into Wipeout as the new kid. Thanks for all your hard work!” – Sally White, Social Media Marketing Manager at Warner Bros. Discovery

Are you interested in learning how STN’s team can help your brand grow by using social media management? Use the form below to get in touch….