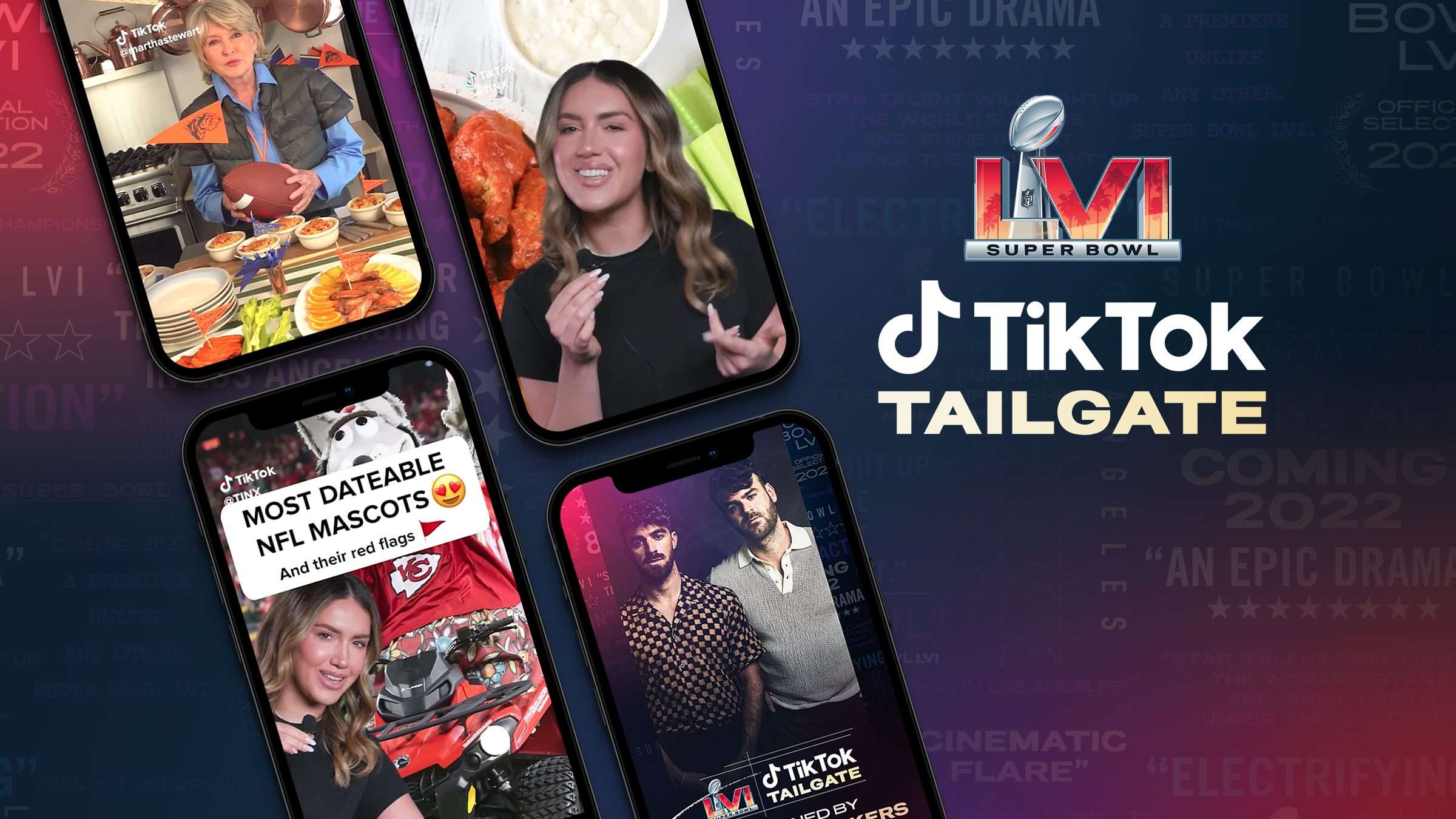 STN Digital partnered with the NFL to create a unique TikTok LIVE production to lead up to the pregame concert with the Chainsmokers for the 56th Annual NFL Super Bowl.

The STN team created a 20 minute livestream like no other, utilizing our creative team to develop custom motion graphics, originally produced content, and a complete edit of the run of the show. Our team worked directly with top talent @Tinx who has over 1.5M followers on TikTok, to film and edit segments during the livestream such as Tinx’s ranking of the most popular Super Bowl foods and the most dateable team mascots. STN worked with additional talent for the livestream including Josh Richards, AngryReactions, Emily Zugay, Alejandra Tapia, Noodle the Pug, and King Bach.

TikTok was a significant engagement driver – the hashtag #TikTokTailgate, which was presented by Intuit TurboTax, garnered 953 Million views. The livestream was also featured in numerous outlets like Variety, Hollywood Reporter, Billboard, and Digital Music News.

Interested in learning how STN’s team of expert TikTok strategists can help you brand? Use the form below to get in touch.